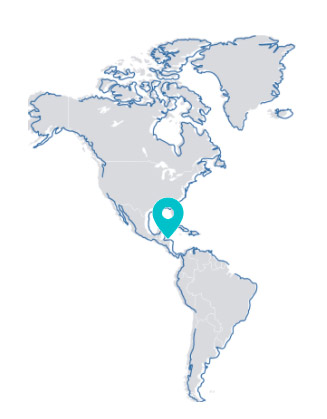 Future versions of the software will include measuring and reporting on a number of human rights indicators to access the impact of the project and assess the progress of the juvenile justice system in the country.

In 2017, the Honduran government started the development of a new norm to implement alternatives to detention measures for adolescents in conflict with the law. This project was funded by USAID and Creative Associates International were the implementers. USAID and Creative knew about Tutator's experience in developing and deploying juvenile justice case management systems, and they approached us to work on the implementation of a system in Honduras.

The goals of this system were:

In 2018 Tutator started working closely with the Honduras government and the Creative Associates staff to analyze the new juvenile justice norms and to gather the requirements for the software.

The development of the SIGAH software was completed and SIGAH was installed on servers in the data center of the Supreme Court (Poder Judicial) on April 2019. The first training was complete in February 2019 and included training of the system administrator, support staff and pilot program users.

Once fully deployed all the operators of the juvenile justice system will have access to the SIGAH software: the judges (investigating, trial and execution), the teams responsible for the implementation and follow up of the sentences and the multidisciplinary teams working with the adolescents (psychologists, social workers, educators).

The SIGAH software will enable the justice system in Honduras to provide a fair and personalized justice to all the adolescents entering the system by giving all its users the ability to capture and access the key necessary information about each individual case and by enforcing and monitoring the application of the new norms of juvenile justice.

The SIGAH software will also allow the government to have access in real time to key statistical data on the juvenile justice system allowing policy making based on actual data.

The main impact is the support for the institutionalization of INAMI and with this the opening of an office to follow up on non-custodial measures. This is a paradigm shift in juvenile justice in Honduras and once the system is fully operational, it will contribute significantly to the monitoring of cases and the generation of data for the formulation of public policies that will allow for the specialization of the country's juvenile justice system.

The recent creation of the Instituto Nacional para la Atención de Menores Infractores (INAMI) was a challenge, because this office was just being institutionalized.

The absence of a formal protocol for the follow-up of cases by judges, ranging from general law to operational cases was a challenge.

Another one was the very diverse context among the different departments of Honduras, where in some cases there is equipment and internet access and in others the necessary staff is not yet available.